The Service is Tenrikyo's most important rite as it is the fundamental means for the path of single-hearted salvation. In its primary sense, it refers to the Kagura Service conducted in the Inner Sanctuary of Church Headquarters, but it also includes the Dance with Hand Movements, which is known in Japanese as the "Teodori."

The Kagura Service is also called the "Joyous Service," the "Salvation Service," and the "Service of the Kanrodai," denoting its different aspects.

from Yoboku's Guide to Tenrikyo, translated by Tenrikyo Overseas Department 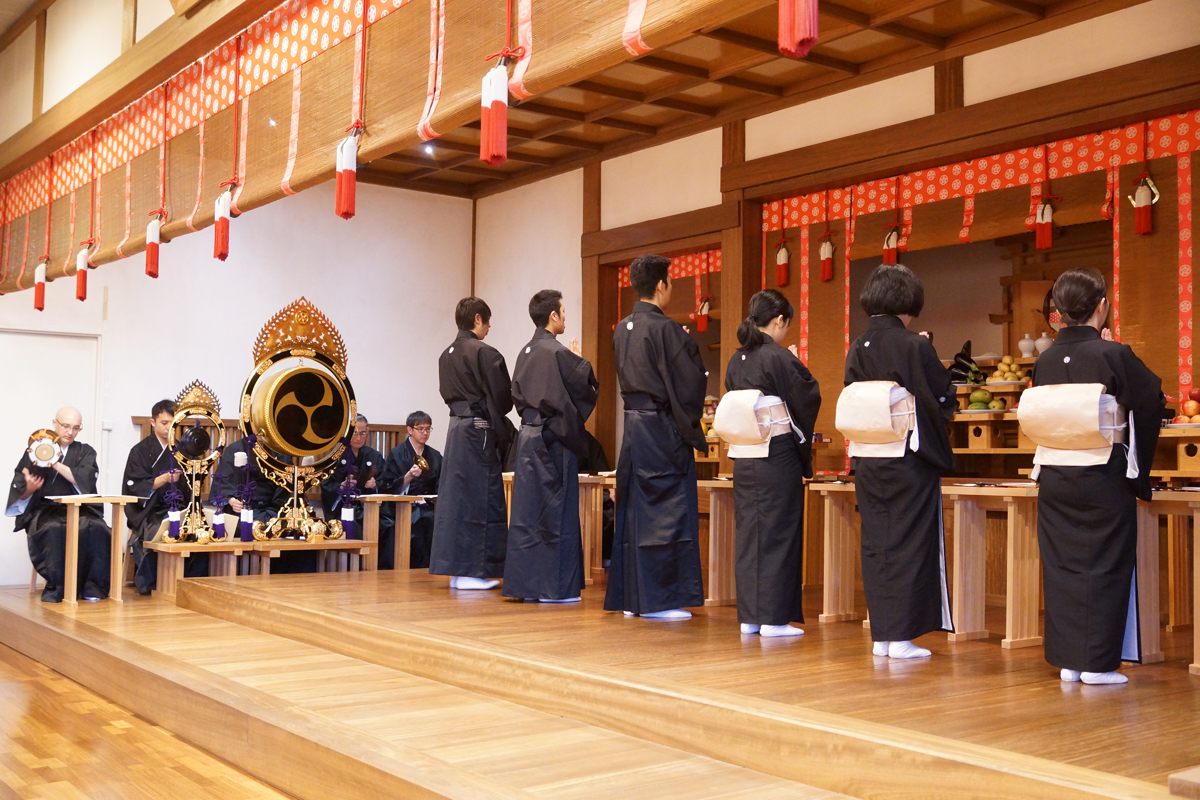 Tenrikyo Europe Centre conducts the Monthly Service (or the Grand Service) on the second Sunday every month from 10.30am and the New Year's Day Service from noon respectively.